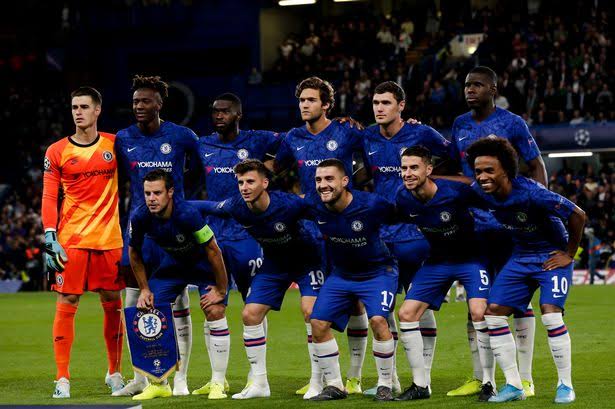 The Chelsea club will face Sheffield Uniteds in Bramall Lane tomorrow. Winning this match on July 11 will take them one step further towards the Champions League. In that case, it is important for them to choose the best XI.

The two teams met 81 times, of which 38 were won by Chelsea and 27 by Sheffield United. 16 matches ended in a draw.

According to our estimates, these 11 players will play for Chelsea tomorrow.

Kappa will be under pressure due to not performing well in previous matches, but the level of goalkeeper he is, it can be hoped that he will perform well in this pressure game. From this goalkeeper of the Spain, Fans are wanting something extraordinary. Many hopes are attached with him.

It would not be wrong to call Cesar the best defender of the season. He has shown the best performance in all the matches so far. There is no better option to defend Chelsea. Therefore, it can be hoped that Caesar will be successful on the right back.

Zouma is a talented player who will be perfect for the position of centerback. His positioning and understanding of the game will be beneficial for Chelsea. Fans were angry with him for not performing well in some matches but there is no doubt that he is the best choice for his position.

His partner, Andreas will be the best with Zuma. He is a consistent player who has been performing consistently. He was not played in the last match but it can be hoped that this time he will make his place.

Marcos, 29, from Spain, is one of the top three players this season in terms of match ratings. He ranks third in most key passes. Marcos is a player who understands his defense and attack. Also, he has good planning related to game.

Jorginho has played in the one match since his re-entry, after which his fans have started writing about his game. Forget what performance he showed in Tuesday's match, Let's see what he does in this match.

Mason Mount is a player of better level and he has not been given the credit for his hard work. No matter how many fans he has, he is a good sportsman who has taken his fitness and game to a new level.

Barkley game has also seen a clear change since the break. He is one of those players who works hard on team performances rather than personal performances. His ability is noticeable.

Therefore, it would be appropriate to include it in Playing XI

Willian has scored 16 goals for Chelsea this season. He is the second highest goalscorer in the squad. Based on his experience and ability, he is still leading Chelsea from the front. With the help of this performance, he gets a good place in the XI.

Giroud is the bright star of football. He is one of the players whose fans are thirsty to watch the game. His speed, ball speed and positioning are excellent. He is the best finisher in the world. In his presence, Chelsea do not need another great striker because he is a world class striker.

This is a golden opportunity to cash in on the Christian game. He has proven himself to be the future star of the English league so there is a good chance that he will be placed in the playing XI.