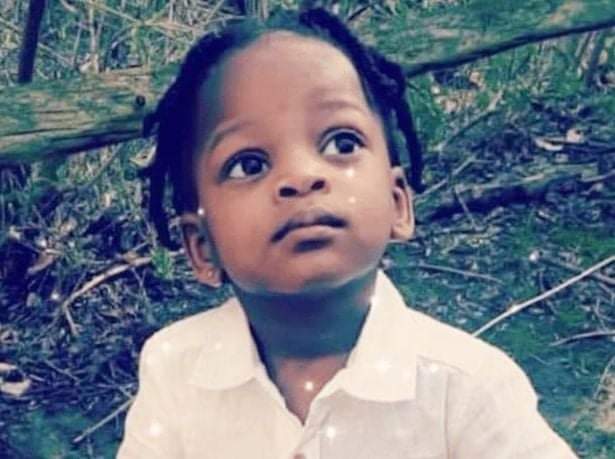 The body of missing autistic three year-old Braylen Noble is believed to have been found in the pool outside of his Ohio apartment complex.

Braylen was reported missing on Friday afternoon after allegedly falling out of a window from his 3rd-storey Toledo apartment. His mother, Dajnae Cox, believed he fell or jumped from the window because the screen in the window was pushed out. Braylen's grandma called 911 around 30 minutes after he went missing. The 911 call can be listened to here:

In it, the boy's grandma can be heard saying, "He crawled out this window of these apartments... I'm hoping hes not (hurt). I'm hoping he's OK, but we don't know where he's at. We walked the whole grounds." She told that Braylen was wearing a Mickey Mouse shirt and a pull up diaper. Police also confirmed that detectives were investigating after what sounds like the words "I killed him" were heard in the background of the call.

A Walk To Death

Both grandma and Cox claim they were in the home at the time of Braylen's disappearance, and say it would have been impossible for him to sneak out of the front door because he would have had to pass one of them.

Police, K-9 units and volunteers immediately conducted a mass search for Braylen, with divers draining and looking in the complex pool on Friday as well as scouring Swan creek, which runs behind the complex. A three mile radius around the complex was searched, with over 100 volunteers searching and handing out flyers. Woods and thick brush were thoroughly searched as well as nearby buildings. Drones were also used to aid the search. A $5,000 reward was later offered for information leading to Braylen.

Cox took part in the search effort and appealed to whoever might have her son, saying, "If you want to just drop him off somewhere, please drop him off to the police station. You can drop him off here, call my phone. I know he's crying. I know you can't get him to stop crying. He's being picky, he's not eating and even if he's scared, I won't be mad. Please just drop him off to me. I just want him home, that's it." She was interviewed by police but not arrested, and was in fact described by investigators as "absolutely cooperative".

By Wednesday afternoon, after getting no where with their search, investigators once again focused their attention on the complex pool. They could be seen taping off the area around the pool and covering it with tarps, while ushering onlookers away from the vicinity. A police spokesperson has revealed that they have found a body in the pool that they believe belongs to Braylen, although the autopsy and official identification still needs to to take place. A short while after the body was found, Cox could be seen getting escorted away from the apartment complex in a police car, while onlookers jeered, demanding justice for Braylen. It is unclear if Cox was under arrest or just being taken for questioning.

This is a developing story so updates will be added when available.