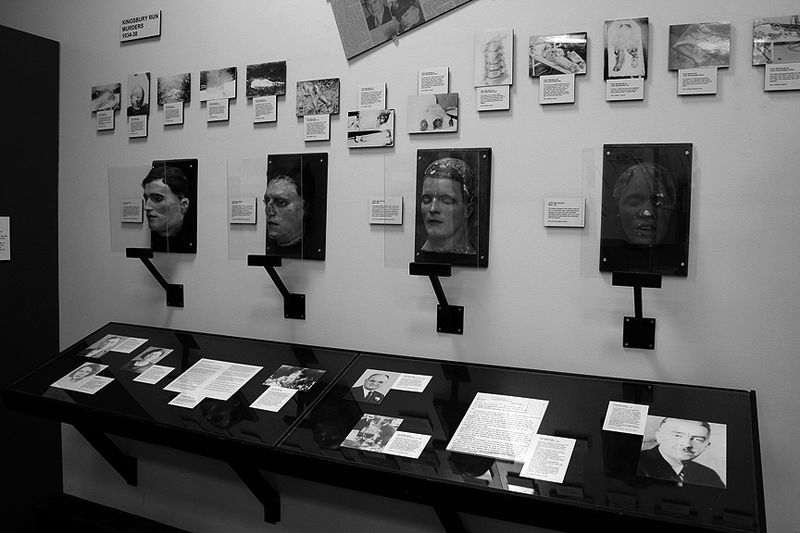 The Mad Butcher Of Kingsbury Run

In the 1930s, 12 people in Cleveland were murdered by an unidentified serial killer known only as The Mad Butcher of Kingsbury Run or The Cleveland Torso Murderer. He was known for beheading and dismembering his victims and leaving their remains in plastic bags for police to find.

The American equivalent of the terrifying crime spree of Jack the Ripper was undoubtedly the "Cleveland Torso Murders" that took place in an area called Kingsbury Run in the middle 1930’s. Like the Ripper case, the murders left a number of mutilated victims behind and they remain unsolved to this day. It was a series of killings that had tragic results, terrifying the city of Cleveland, ending human lives and destroying the career of an law enforcement icon, "Untouchable" Eliot Ness.

The Mad Butcher of Kingsbury Run remains unidentified to this day, as do the majority of his victims. However, the first canonical victim was found on September 23, 1935, and it was estimated that he had been killed three to four weeks earlier. The last two canonical victims were found on August 16, 1938. All of the victims had been at their dump sites for various periods of time before being found.

The first outstanding suspect was Dr. Francis E. Sweeney, the alcoholic first cousin of Congressman Martin L. Sweeney. Though the authorities felt that he was a viable suspect, Congressman Sweeney found out about it and, it has been suspected, made a deal with the investigating sheriff to find a better suspect.

At this point, Frank Dolezal, a 52-year-old Cleveland resident, was arrested. He confessed to having killed Flo Polillo, the third victim, in self-defense, but later recanted on the grounds that he had been beaten into confessing by the sheriff’s jailer. He died in custody in the Cuyahoga County jail six weeks after his arrest. As of today, the case remains unsolved.

The age and sex of all of the Butcher's victims varied, but they were typically drifters or people from the lower class of society. He would usually kill them by decapitating them, sometimes after tying them up, and then mutilate the body severely post-mortem, sometimes dismembering the arms and/or legs, cutting off the genitals and removing organs, and then burn the bodies, either by using oil as an accelerant or using acid or some chemical.

It was believed by the investigators that, since decapitations are very messy, the killer performed the murders someplace private and then carried the bodies to their dump sites and burned them there. In some cases, the heads were never recovered, making it possible that the Butcher kept them as a trophy or for some other purpose.

Profile of a Killer:

A profile made by the original investigators said that the offender was a psychopath, though probably not obviously insane. He had some knowledge of anatomy, maybe having worked as a physician, butcher, or hunter, and the cuts showed that he would have been very skilled at cutting flesh. As decapitations are very messy, it was believed that he had access to some private space where the murders were performed. If this was correct, the fact that the bodies would then have been carried for a long distance indicated that the killer was probably very large and strong.

The killer may also have been familiar with the Kingsbury Run area. It was also theorized that the choice of victims and gruesome mutilations were a way to ensure that the victims were never identified. If this was true, the killer would be profiled as an organized offender.

Numerous decapitated and dismembered bodies found in boxcars and swamps located in various areas of Pennsylvania. It has also been theorized that the Cleveland Torso murder case has some connection to the c. January 15, 1947, murder of Elizabeth Short, a.k.a. The Black Dahlia.