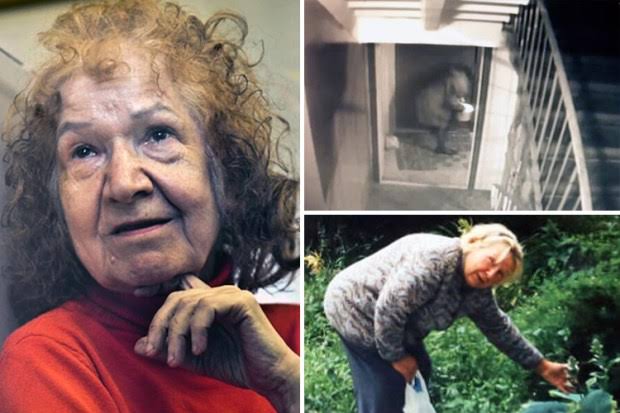 68 year old Tamara Samsonova aka the Granny Ripper, was arrested after the body of her tenant was found by a couple walking their dog in St Petersburg, Russia. A plastic bag caught the attention of the dog and when the couple went to investigate they discovered a headless and limbless torso.

Police didn’t take long to find CCTV which showed a woman dragging a large garbage bag and saucepan out of her building two nights before the discovery of the body. The woman was quickly identified as Tamara Samsonov, who had been living in the complex for 40 years. She was arrested on suspicion of murder. 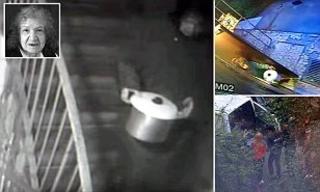 When police searched Samsonova home they found blood in the kitchen and bathroom and a large kitchen knife which they believed could have been the murder weapon. They also found a diary sitting amongst books on astrology and black magic. In the diary they found entries, written in Russian, German, and English, which detailed not only the murder they were investigating but multiple cannibalistic killings going back 20 years.

One entry, from 2003 mentioned the murder of a man who she had cut into pieces in the bathroom before throwing the remains away. This account matched the discovery of a torso in the district in 2003. Missing pages from one of her black magic books had also been found with the body.

Then there was the question of the whereabouts of her missing husband, Alexi Samsonov, who she had reported missing in 2005. Although he has never been found it is widely believed that he was one of her victims.

With all the evidence against her Samsonova confessed to multiple murders, including that of the remains found by the dog walkers. The victim was 79 year old Valentina Lanova who Samsonova has been taking care of prior to her death. The two woman had gotten into an argument over dishes and as a result Valentina was drugged with sleeping pills before being dismembered with two knives and a saw and put into bags which were then disposed of. The saucepan which Samsonova had been seen disposing of in the CCTV footage is believed to have contained the cooked head and lungs of her victim. 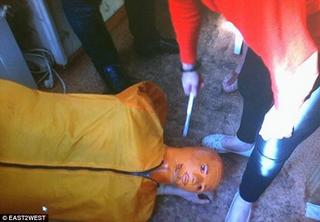 In total, Tamara Samsonova confessed to over 21 additional murders.

In court she plead guilty, showing so little remorse for her crimes that she blew a kiss to the reporters in the courtroom.

Samsonova was found to be a danger to society and herself and was placed in psychiatric treatment at a specialized hospital. 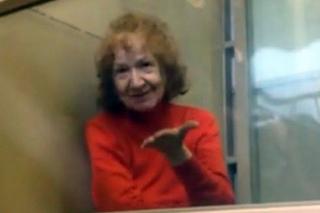