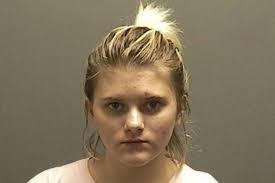 On March 1st 2008 at about 2:00 am, Terry Caffey was asleep next to his wife Penny when a noise awoke him. Before he could understand what was going on, two men in masks burst into the room and opened fire. They shot Terry a total of 11 times and shot Penny Caffey before nearly decapitating her with a sword that the intruders brought with them.

After the men left the room Terry tried to help his wife. It didn’t take long before he realized that she was beyond help. Terry tried to leave the room, especially after he began to hear his children screaming in their upstairs bedrooms. Terry began to repeatedly lose consciousness as he listen to his 13 year old son Matthew screaming for his life. Matthew was yelling “No Charlie! Please stop! why are you doing this?” That’s when Terry knew who had attacked his family.

Terry passed out and when he regained consciousness he could no longer hear any of his children screaming, but the house was on fire. The attackers had set several fires to furniture throughout the house. Terry tried crawling upstairs to check on his kids but the fire was impassible. He was eventually able to flee the home by crawling out of a bathroom window. He was able to get to a neighbors house about 300 yards away and call for help. 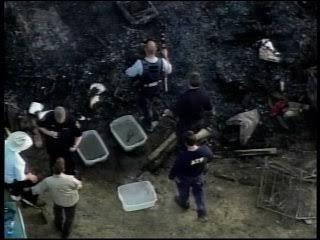 Terry would learn some hard truths during his recovery. The first was that 13 year old Matthew had been shot and killed, and that the two attackers had taken turns stabbing Terry’s 8 year old son Tyler to death with the sword while he tried to hide in a closet. Another hard piece of information came when police told him that his 16 year old daughter Erin had been arrested for her role in the murders of her family.

Erin had been dating a 19 year old man named Charlie. Her parents greatly disapproved of their relationship but figured it wouldn’t be long before Erin would realize that Charlie was bad news and break up with him. It wasn’t until a while later that Erin’s parents had started hearing more about Charlie and what a bad influence he was that they decided to forbid her from seeing him. 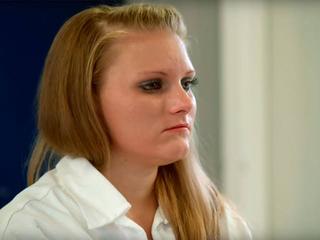 Apparently Erin had arranged for the murders of her parents and siblings so that she could be with Charlie without interference.

The night of March 1st, Charlie Wilkinson pulled up in front of the Caffey house with two friends-- Charles Allen Waid, 20, and Waid's 18-year-old girlfriend, Bobbi Gale Johnson. Erin Caffey ran out of the house in her pajamas to meet the group and then sat in the car while Wilkinson and Waid entered the house. To execute the family.

Erin was not initially considered a suspect. But during police questioning, Waid told police he had been promised $2,000 for helping "take care of business" in the murders. According to police, all of the statements given by Wilkinson, Waid and Johnson were the same: The murders were Erin's idea. 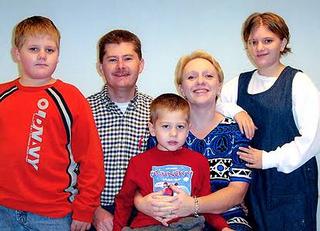 She was arrested while she was on the way to visit her father at the hospital. All four defendants were initially charged with three counts of capital murder.

In October 2008, Wilkinson and Waid were each sentenced to life in prison without the possibility of parole. Three months later, Johnson and Erin Caffey both pleaded guilty to murder. Johnson was sentenced to two 40-year concurrent sentences, and Erin was given two consecutive life sentences, plus 25 years. Johnson will be eligible for parole in 24 years. Erin will not be eligible until she serves roughly 40 years of her sentence.

Terry Caffey travels the country speaking to teens about staying out of the wrong crowd and telling his story.