The awful tale of aristocrat Blanche Monnier, locked up for 25 years 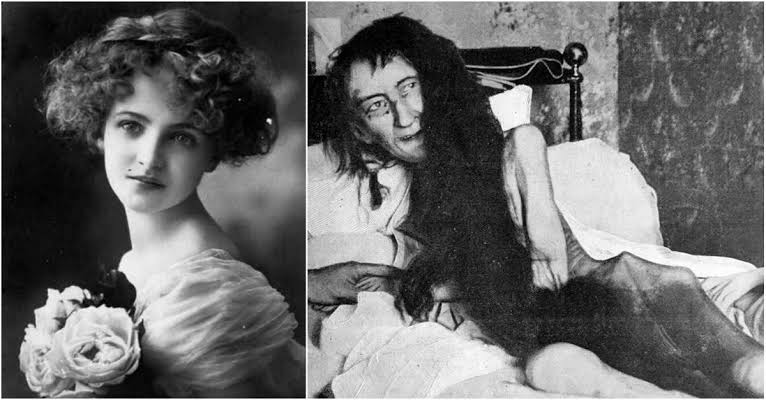 It is said that everything is fair in love and war but have you ever heard of a mother kidnapping her daughter for love?. Today I read a similar case which turned my mind. I can't even imagine how a person can live in a room for 25 years. I have never seen such a cruel mother who punished her daughter so severely. Truth be told, this world is very strange.

Blanche was a beautiful young woman. Born into a family of aristocrats in Paris, France, her family was very protective of their only daughter. In 1876 she fell in love with a lawyer that was not only older than her, but broke as well. Blanche’s mother developed an intense hatred for this man and demanded Blanche end the relationship. But Blanche had fallen in love with this man and had set her heart on marrying him.

Then one day, Blanche just vanished. Nobody in France would ever see her again. Her family would tell anyone who inquired that Blanche had passed away- quite suddenly. Her family mourned her and went on with their daily lives. Little did anyone know that the Monnier family was hiding a terrible secret.

On May 23, 1901, the office of the attorney general of Paris received a mysterious letter. The letter read: I have the honor to inform you of an exceptionally serious occurrence. I speak of a spinster who is locked up at the home of Madame Monnier’s house, half starved and living in putrid filth, for the last 25 years.

Shocked by the letter, the police began to investigate despite the family’s sterling reputation in the community. Police officers broke into the house and searched the premises for Blanche. They found nothing. As they were preparing to leave, an officer noticed a staircase that led to an attic. The officers rushed upstairs only to find the door padlocked. They broke the door down. They heard nothing and the room was pitch black. There was an ominous foul odor coming from the room. A lantern gave them some light as they rushed toward the only window in the attic. The boards were promptly removed, allowing better light into the attic. There, in the corner was a bed. Officers carefully removed the blanket, and were horrified by what they saw.

An extremely malnourished woman, cowering in the bed, covered in food and feces, squinting in the light she had not seen for 25 years. Now weighing only 55 lbs, it would later be determined, she had been kept in this attic for nearly a quarter of a century never exposed to light or another human being in all that time.

A witness described this gruesome discovery. “This woman was laying naked on a straw mattress. All around her a crust had formed from excrement, food scraps, oyster shells, vegetables, fish and rotten bread. Her only companions were the rats, bugs and insects that ran across the bed.”

Madame Monnier, Blanche’s mother who had won an award from the Committee of Good Works for her generous contributions to the city, was immediately arrested. She would die 15 days later in prison after confessing to the abysmal abduction of her own daughter. This punishment continued even after Blanche’s fiancee’ died just a few years after her imprisonment.

The years of cruelty, imprisonment and lack of proper nutrition took a toll on Blanche and although she received excellent medical care that was made available to her, she died thirteen years later from a combination of health related issues.