Hanging of A Disabled Boy 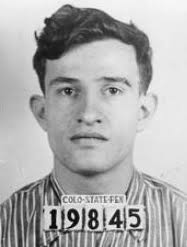 Imagine you are about to die but you have a smile on your face. This is almost impossible because even the greatest hero trembles when he hears the name of death. But in this blog, we will tell you the story of the happiest man on death row.

Blissfully unable to even realize the concept of dying, Joe Arridy was explained by the warden as "the happiest man on death row."

Joe Arridy had always been highly suggestible. A mentally handicapped young man with an IQ of 46, Arridy could be compelled into confessing or doing almost anything. And when the police forced him into confessing to a horrible killing he didn’t commit, his short life ended on death row. 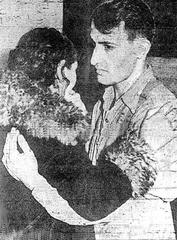 Dorothy Drain’s parents returned to their residence in Pueblo, Colo. On the night of August 15, 1936, they discovered their 15-year-old daughter's corpse in a pool of her blood, killed by a blow to the skull while she was sleeping.

Her younger sister, Barbara, had also been hit in the head but she had miraculously survived. The assault on the young girls drove the city into an uproar, directed newspapers to announce that a sex-crazed killer was in the city, and set the officers on the trail of any “Mexican”-looking young man resembling the description submitted by two women who had also claimed to have been attacked not far from the Drain hose.

Authorities were under great pressure to arrest the murderer and Sheriff George Carroll must have felt nothing but relief when 21-year-old Joe Arridy, who had been found randomly walking near the local railyards, admitted to the killings outright.

The Arrest Of Joe Arridy:

Joe Arridy’s parents were Syrian settlers, which contributed to his dark complexion as said by the two other women who claimed that they had also been accosted in Pueblo. His parents were also first cousins, which may have contributed to his “imbecility,” which the newspapers thrilled in referring to. Several of Arridy’s siblings had died young and one of his other brothers was also noted to be “a high moron,” and Joe Arridy himself also appears to have suffered due to his family’s inbreeding.

Arridy had been admitted to the Colorado State Home and Training School for Mental Defectives in Grand Junction when he was just 10-years-old. He would be in and out of the home for the next eleven years until he eventually ran away after he turned 21.

Arridy spoke slow, could not know colors, and had problems repeating back sentences that were longer than two or three words. The administrator of the state home where Arridy had lived remembered that he was “often taken benefit of by the other boys,” who once got him to admit to stealing cigarettes although he could not perhaps have done it.

Possibly Sheriff Carroll understood the same thing that these other boys once had: Joe Arridy was extremely sensitive to suggestion. Carroll did not even try to write down the confession he got from Arridy and during the case, even the prosecution reported, “You had to, what we normally say, ‘pry’ everything out of him?” Carroll’s leading questions included inquiring Arridy if he liked girls, then soon following up with “If you like girls so well, why do you injure them?”

Given such unfair, coercive interrogation, Arridy’s statement shifted swiftly depending on who was investigating him and he stayed ignorant of some of the most important facts of the killings until they were told to him (such as the truth that the weapon used had been an ax).

It should have been obvious to everyone involved that Joe Arridy was not a killer— and that another man was. It appears most likely that the person guilty for the murders was Frank Aguilar, a Mexican man who was found guilty of the murders and executed after being recognized by Barbara Drain.

All of this happened while Arridy was still being held for the killings himself, but local law enforcement was satisfied that Aguilar and Arridy had been partners in the killing. Either way, even Aguilar’s execution does not seem to have prevented the public anger in Pueblo. Even though the three psychiatrists who confirmed at Arridy’s trial announced him mentally handicapped with an IQ of 46, Arridy too was found guilty and sentenced to death. 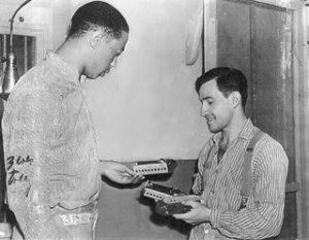 The basis for Joe Arridy’s protection was that he was not legally sane and therefore “unable to differentiating between right and wrong and therefore, would be powerless to perform any action with an illegal intent.”

Because Arridy reportedly struggled to understand simple things like the difference between a stone and an egg, it’s reasonable to think that he would not realize right from wrong. It also looks like, perhaps mercifully, that he failed to realize the concept of death completely.

Prison warden Roy Best said that “Joe Arridy is the happiest man who ever lived on death row” and when Arridy was told of his upcoming execution, he appeared much more curious in his toy trains. When asked what he liked for his last meal, Arridy desired ice cream. On Jan 6, 1939, after happily allotting his beloved toy train to another prisoner, Arridy was led to the gas chamber, where he smiled as the guards strapped him on the death chair. His execution was swift, although Warden Best is reported to have cried in the gas chamber.

Gail Ireland, the attorney who had requested the Colorado Supreme Court on Arridy’s behalf, had written during the trial, “Believe me when I tell that if he is gassed it will take a long time for the government of Colorado to live down the disgrace.”

It was not really until 2011, more than seven decades after Arridy’s horrible death, that Colorado Governor Bill Ritter granted him a posthumous clearing. “Pardoning Arridy cannot undo this awful event in Colorado history,” Ritter said. “It is in the interests of justice and easy decency, however, to restore his good name.”