A Writer Who Became Serial Killer 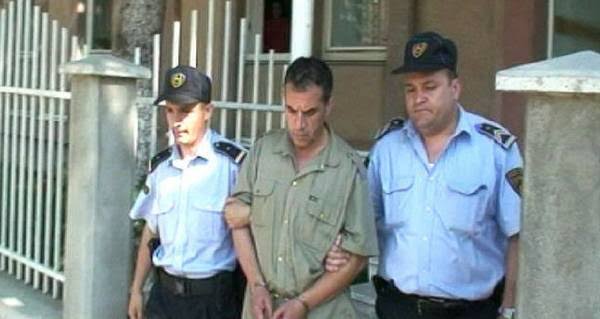 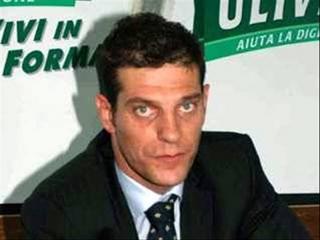 Serial killers are unique in the two million-strong eastern European nation of Macedonia. Nonetheless, in 2008, a string of vicious rape-murders of older women was perpetrated in the small Macedonian city of Kicevo. This looked unusual because a serial killer had intimidated the Macedonian city of Ohrid in 2007. Newspaper editors prominently placed articles about these crimes written by the honoured Vlado Taneski. A journalist for over twenty years, this calm, soft-spoken man, 56, enjoyed a sterling reputation. As Helena Smith examined in The Guardian, “When Vlado Taneski wrote about the serial killer stalking his hometown in Macedonia, his eye for circumstance was such that the story was soon exciting readers.” On May 19, 2008, the Nova Makedonija (in English: New Macedonia) published a piece by Vlado Taneski entitled “Serial Killer Stalks Kicevo, Too.” That article stated, in part, “The people of Kicevo live in panic after another massacred body has been discovered in the town. The body strongly matches one found 20 kilometres outside Kicevo last year and there is a probability that these horrible murders are the work of a serial killer. Both women were tormented and killed in the same fashion, which rules out the probability that this could have been done by two varied people.” Taneski’s article states that it is uncertain these crimes are related to the 2007 Ohrid murders since the Ohrid “victims were all street-based money exchangers” and the obvious intention of the murderer was “to rob them.” After excluding an apparent link to the 2007 Ohrid murders, Taneski’s piece continues, “The motive of the Kicevo demon stays unclear. Both women were friends and living in the same part of town. Police have a few suspects who they are investigating. The latest body was discovered in a rubbish dump. It had been banded with a piece of phone cable with which the woman had been recently strangled.”

A body in a plastic bag discovered near Kicevo. Dan Bilefsky writes in The New York Times, “In an article for another newspaper, Taneski criticized the police for involving two men in the death of one of the fatalities, noting that they had been in prison at the time of the crimes. Like everyone else, police officers read newspapers. When some police officers read Taneski’s articles about the Ohrid murders, various eyebrows were raised. The article asserted that the victims had been suffocated with the phone cable that also bound them – but the police department had not published that information to the public. In a part not referred above, the article named the detailed type of cable that had been used to suffocate the victims and called it a “signature weapon” – another fact not published to the public. No other journalist had reported these unreleased validities in any Macedonian newspaper and that made it even more sceptical that Taneski had. Police spokesperson Ivo Kotevski commented, “We read his articles and it made us cautious. He knew too much.” Police operatives wanted to know more about Taneski. They took a DNA sample from him. It matched the semen inside one of the Kicevo serial murder victims! In an article, Taneski had named the killer a “monster.” Yet proof suggested that he was that monster! On Sunday, June 21, 2008, a court-ordered that Taneski is imprisoned and held without bail for thirty days pending the results of a police investigation. Taneski was arrested at his home on June 22 and held in a prison located in the nearby town of Tetovo while police assessed his house and property. He owned a cottage in a nearby village that police also thoroughly searched. On June 23, 2008, he was discovered dead in his cell. He had committed suicide by plunging his head into a bucket and drowning himself. Many things about these terrible crimes and the self-described “monster” who committed may never be known but what is known is both interesting and chilling. A body in a plastic bag discovered near Kicevo. Police handout photo. 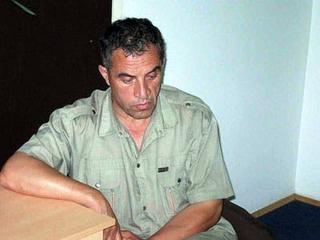 Kotevski noted, “All of these women were raped, assaulted and massacred most terribly and we have strong proof that Taneski was credible for all three. In the end, many things referred to him as a suspect and led us to file charges for two of the killings. We were close to accusing him with a third murder and wished he would give us details of a fourth woman who died in 2003 because we think he was involved in that case, too.” The body of cleaning woman Zivana Temelkoska, 65, was discovered in early 2008. The corpse of cleaner Ljubica Licoska, 56, was found in 2007. The body of Mitra Simjanoska, 64, also a cleaner by trade, was found in 2005. Each of them had been brutally and frequently beaten as well as raped and strangled. Police are still searching for a female cleaner, age 78, who has been missing since 2003.

The bodies of Temelkoska, Licoska, and Simjanoska had all been discovered naked, bandaged in telephone cables, and placed in nylon bags in several sections of Kicevo. When Taneski was researching the articles on the case for newspapers, he toured and interviewed relatives of the slain women. Temelkoska’s understandably dismayed and perplexed son, Zoran, said a reporter for a television network, “He came to our home, we chatted, and he asked for details. Who could believe that it would be our neighbour in the end?” Taneski also surveyed victim Locoska’s sister, Cvetanka, while researching his articles. She was stunned when she realized that the journalist writing about the case was also the culprit. “I am very shocked by this outcome,” she told another journalist. “He came to me and begged for some details about my sister.” Why would Taneski, characterized by all who knew him as a polite and mild-mannered man, rape and massacre these women? All of them bore striking resemblances to his late mother. Like these fatalities, she had worked as a cleaner and had held that job for many years. All of the casualties bore a physical similarity to his mother. What’s more, each of them had known his mother. The connection between Taneski and his mother had been incredibly tense and became even more so after his father committed suicide in 1990. He may have criticized his mother for his father’s death and even though she drove him to take his own life. Taneski was wedded and had two children both of them grown-ups by the time of the murders. However, Taneski and his wife had segregated before the massacres so it is possible that the tension between him and her aggravated Taneski’s underlying mental problems. As the validities in this terrible case came to light, many who knew Taneski expressed shock. Crime reporter Ognen Cancarevik had worked with Taneski at the New Macedonia newspaper. The two had even worked together on articles about the Kicevo serial murders. When asked to characterize his former collaborator, Cancarevik answered, “He was an elegant and educated guy who looked like completely normal. When the police rang me to say, ‘Your reporter is the killer,’ I could hardly believe my ears.” In retrospect, Cancarevik found it odd that Taneski had appeared unmoved when talking about the killings of victims who resided close to him. “He was so relaxed when discussing the murders,” Cancarevik recalled. “All of these women lived only meters away from his house.” Goce Trpkovski, a reporter at the New Macedonia, recalled in an interview how Taneski called the office of that newspaper to inform them about his idea for an article on recent killings. “On May 18, just after the gruesome murder of Zivana Temelkoska, he called and threw out the story to us,” a perplexed Trpkovski remembered. “He was very quietly spoken but also very influential. As a supporter, we publicized his story as the major article on the crime pages the next day – under the headline ‘A Serial Killer Stalks Kicevo, Too’ – because the killings followed a series of killings in Orchid although they were nothing like this. To say the truth, I didn’t believe the story – almost nothing occurs in Macedonia, and unexpectedly we have two serial killers stalking our tiny country in months.” A busy and efficient journalist, Taneski frequently wrote for a newspaper called Utrinski Vesnik. The amazed editor in chief of that newspaper, Ljupco Popovski, stated, “I would never have thought that he was able of doing something like that.” In an interview with a television station reporter, Taneski’s estranged wife said she had enjoyed “an ideal marriage” with him for thirty-one years. She magnified, “He was always calm and gentle. The only time I ever saw him get hostile was when we were living with his parents.” That last revelation supports the probability that the victims were stand-ins for Taneski’s mother.

Police are proceeding their investigation. They are still hopeful that the 73-year-old cleaning woman who has been missing since 2003 will be found – although they hold out minor hope that she will be found alive. However, as Kotevski states, “We may never know precisely what happened.”