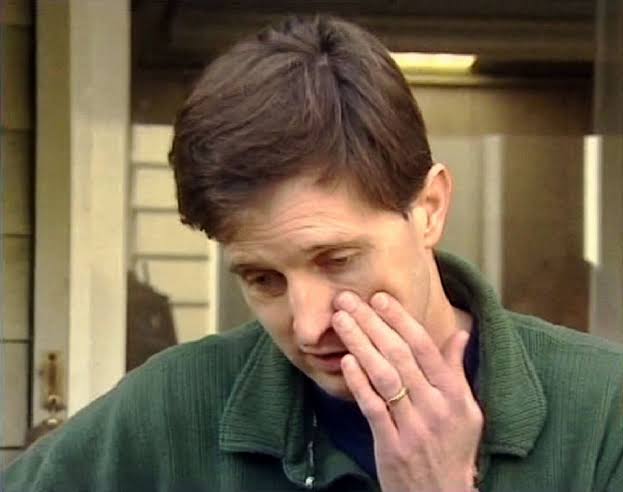 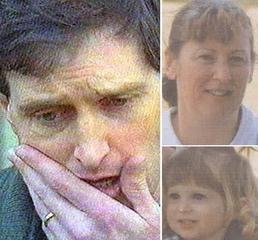 John Myles Sharpe met his New Zealand born wife, Anna Sharpe, in his home town of Mornington, Australia. They had both worked at Commonwealth Bank and were wedded within a year. 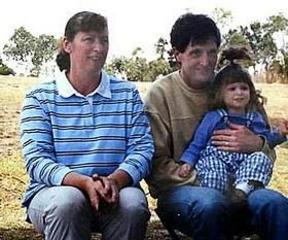 Anna knew early on that she had made a mistake: “She said me, mother, after the honeymoon ‘I think I’ve made a blunder.’ She just kept on with the mistake,” said her brother. She said there was no fascination or love. However, the couple went on to have a little girl, Gracie, who was born with hip dysplasia. As a result, Gracie had to go through several surgeries and medications. Due to pain, she frequently cried out and found it hard to sleep.

The couple had been wedded for nearly ten years in 2003 and Gracie was now 15-months-old. The same year, John went to a regional sports shop and bought a high powered spear gun which should be utilized for fishing. In November of the same year, Anna fell expectant. John was annoyed, although he never indicated it. He would later admit that Gracie was enough of responsibility on him and that he didn’t want to have another kid.

He thought back to the speargun. He had never had attention in fishing beforehand so why did he buy it?

He practised shooting in his back garden.

On Monday the 21st of March, 2004, the family went to a family picnic to enjoy a nephew’s birthday. Nobody glimpsed that anything was untoward with John; he seemed to be the doting husband. The next morning, Anna took Gracie to the nursery and made plans to meet up with a friend in a couple of days. The last interaction she had with another individual other than her husband was the following day when she phoned her private health care provider and enquired about adding their unborn baby to their health cover. 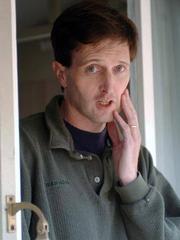 On Tuesday night, Anna went to bed as normal. John, nonetheless, had something much more sinister in mind. He went to the garage and obtained the speargun he had bought months earlier. He came back to the room and shot his expectant wife in the left temple. Not perishing immediately as he had anticipated, he shot her once again before covering her bloody corpse with a blanket. He then went downstairs to sleep on the sofa. 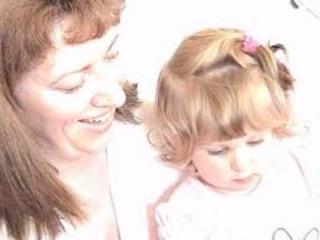 The following morning, John took Gracie to the nursery. He established an elaborate lie that Anna had ran off with another man and said she would be around to pick up Gracie. John realised he required to make Gracie vanish to stabilize his lies. He returned to his wife’s corpse to remove the spears but they were lodged into her skull; he went to the same sports shop and bought more, bringing Gracie along with him.

When John returned home, he buried his wife in their garden.

On the evening of the 27th of March, John gulped copious amounts of whisky before trickling into his disabled daughter’s bedroom, armed with the same speargun he shot his wife with.

As Gracie slept in her cot, John aimed at her skull and pulled the trigger. The spear lodged in her head but didn’t enter deep enough to kill her. The astounded toddler started to scream and cry. John hurried downstairs to obtain more spears and shot her again. This too didn’t murder the defenceless little girl so John violently pulled the spear from his daughter’s skull and shot her for the fourth time. He finally succeeds in murdering her. 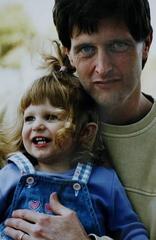 John bandaged Gracie’s body in tarpaulin and bound it in duct tape. John then exhumed Anna’s corpse and continued to dismember her with a chainsaw. He placed their corpses in the trunk of his car and drove to a Rockleigh Stone tip. “I have a boot burden of hard waste,” he told the attendant.

John kept up his lie for three months; he went on television and asked for information regarding the location of his wife and daughter and pleaded them to come home. “Anyone that knows me knows I gave 100% for my daughter and my marriage,” he told a regional newspaper.

In a try to keep his mystery going, John used Anna’s ATM card at a bank in Chelsea and even emailed her mother in New Zealand, purporting to be her. “Please respect and discern my wish for secrecy and take solace in the fact that I’m about the enjoy life as I have never before,” one of the emails read.

Ultimately, his lies began to crumble all around him. Police had obtained enough circumstantial indication to accuse him with murder. Some key pieces comprised a video of John visiting a Mornington toilet block where Anna’s ATM card and mobile phone were later discovered discarded. They also found that John had gotten rid of the mattress he murdered Anna on and bought a new one just two weeks after her disappearance.

Police also found many scrawled notes in John’s handwriting disposed of in bins around Mornington. These notes thorough parts of his cover story and even back-up stories. An examination of the house turned up a certificate for an electric chainsaw, tarpaulins and duct tape. The smoking gun was when detectives uncovered blood of both Gracie and Anna inside the home.

Police caught John and brought him to the station for querying. At the end of the interview, John was told he was going to be accused of the two murders. He finally admitted to the gruesome killings and told police where he had disposed of their corpses.

When asked why he murdered Gracie, he chillingly replied: “The child belongs with the mother.”