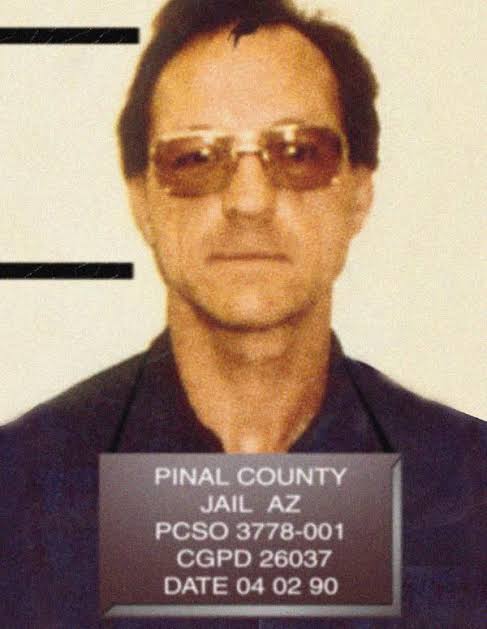 Robert Ben Rhoades ia a convicted killer. Rhoades allegedly prowled the nation's interstates in 1990 in his rig, preying on women to indulge his sadistic fetishes. 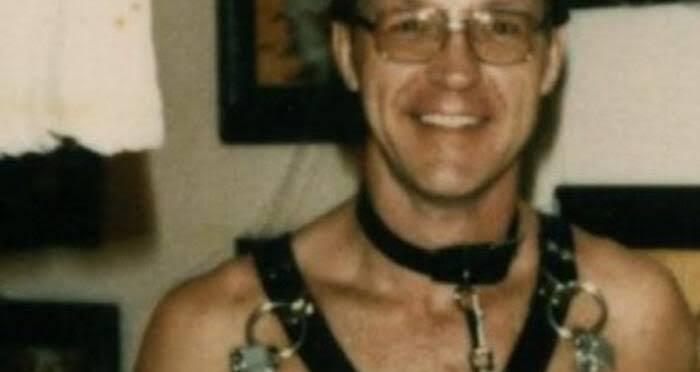 From mid-January to April Fools' Day that year, investigators say, Rhoades picked up at least four women, two of them accompanied by male companions.

Inside the truck's sleeper compartment, which had been converted into a torture chamber, Rhoades allegedly committed a variety of cruel and humiliating acts on his prisoners.

Those four women and two men, detectives say, may have been the last of Rhoades' victims following at least a decade of rape, kidnapping and murder.

"We caught Rhoades, but there were others, probably numerous other homicides," says Mark Young, a retired FBI profiler who investigated Rhoades in the 1990s.

According to Millard County prosecutors, one of the women he kidnapped in 1990 was 24-year-old Patricia Candice Walsh, whose body was dumped on a juniper-covered ridge in central Utah. Millard County has charged Rhoades, 59, with one count of capital murder and one count of aggravated kidnapping. 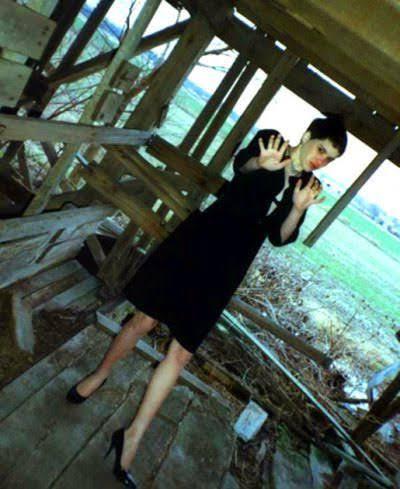 Sheriff's detectives traveled to Illinois last week to bring Rhoades back to Utah to answer to the charges. He appeared Monday before 4th District Judge Donald Eyre, who scheduled a hearing for April 11.

Prosecutors in Crockett County, Texas, also are preparing a case against Rhoades in the death of Walsh's husband, Douglas Scott Zyskowski, 28.

"As things unfold, I think there's going to be a whole lot of other cases come forward. I think we're at the tip of the iceberg," says Millard County Sheriff Ed Phillips.

Investigators say Rhoades was "experienced" at what he did. Inside his semitrailer truck, he kept a "torture kit" filled with everything he would need to fulfill his fantasies, says Young, now executive partner for the Texas-based forensic firm MAG International. Investigators also allegedly found tie bolts, chains and restraining devices inside the truck. 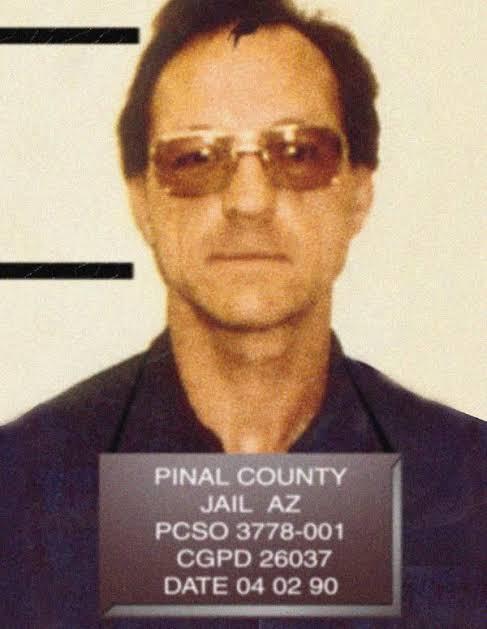 His alleged crime spree ended in Casa Grande, Ariz., south of Phoenix, on April 1, 1990, when an Arizona state trooper saw Rhoades' big rig parked alongside the highway. The trooper stopped to check on the truck's driver and saw a naked woman handcuffed and chained inside the sleeper. When he shined a light into the truck, the woman - who later said she had been tortured - began screaming, according to FBI agent Bob Lee.

Rhoades was arrested and subsequently charged with kidnapping and sexual assault. 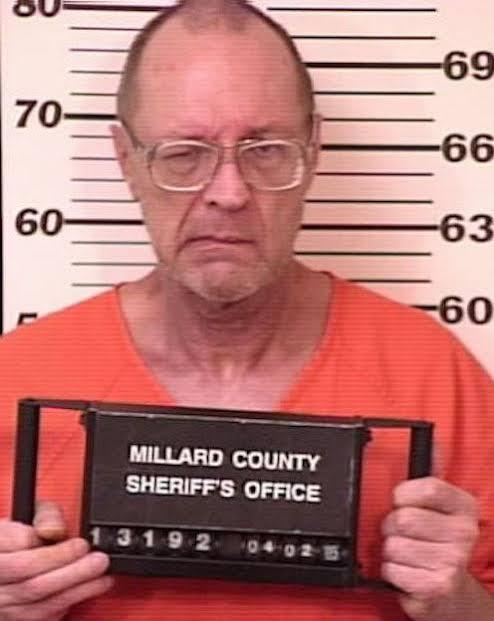 Because Rhoades lived in Houston, Lee, who was assigned to the FBI's Houston office, set out to learn all he could about the trucker. Lee soon found that Rhoades was suspected of raping and torturing another woman, whom he allegedly kidnapped in California in February 1990. Rhoades had kept the woman chained up in the truck and took her to his Houston apartment, Lee says.

After about two weeks of captivity, the woman managed to escape. Police later found Rhoades, but the woman was afraid to identify him as the man who raped her, says Lee. 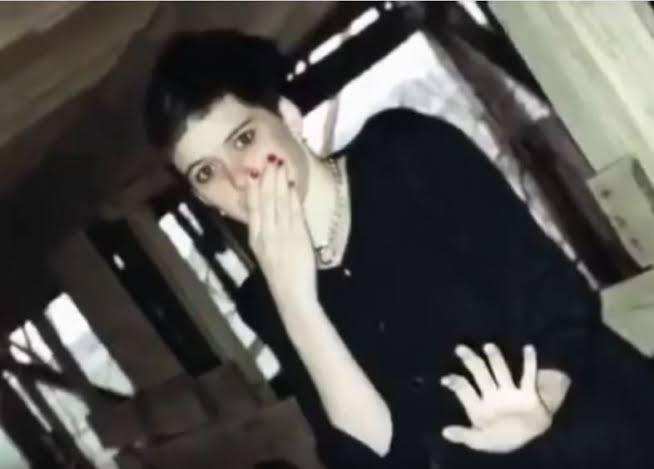 On April 6, 1990, the FBI searched Rhoades' Houston apartment and found women's clothing, including underwear, and obscene books and magazines - many of which pertained to bondage, Lee later testified before a grand jury.

Investigators also found chains, handcuffs, a bondage rack, a towel soaked in blood and pictures of a nude male and female, Lee testified.

And they found photographs of 14-year-old murder victim Regina K. Walters in various stages of undress. Shots were taken of the girl near an unidentified lake, what appears to be a truck stop shower, inside his truck and inside the dilapidated barn where her body was eventually discovered. The photographs depict the last moments in the girl's life, the camera capturing anguish on her face.

Regina's decomposed body was found Sept. 29, 1990, in the loft of an old barn along Interstate 70 south of Greenville, Ill. A small piece of lumber with a double loop of bailing wire had been twisted tightly around her neck.

An Illinois grand jury indicted Rhoades for the killing, and he pleaded guilty to first-degree murder Sept. 11, 1992. He was sentenced to life in prison.

But the investigation into Rhoades dead-ended. Despite finding photographs of other women and jewelry in Rhoades' apartment, investigators have not been able to link those items to any other victims, says Lee.

Using a computer database, the FBI attempted to determine whether Rhoades - a long-haul truck driver since at least 1981 - was connected to other violent crimes around the country. But the FBI was unable to charge him with anything else, says Lee, who is now retired.

When the FBI tried overlaying Rhoades' trucking records with unsolved homicides, "there were a huge number of possibilities" but not a lot of evidence, Young says. "We really felt like he was responsible for other crimes."

Yet suspicions linger. Authorities from around the country regularly call Young about Rhoades.

Now, nearly 15 years since Rhoades' arrest in Arizona, police say DNA evidence links him to the murder of Walsh, who was on her way home to Seattle with Zyskowski in early 1990 when they allegedly crossed paths with Rhoades.

Zyskowski's body was discovered in January 1990 along Interstate 10 in Ozona, Texas, about 300 miles east of El Paso.

Investigators say Rhoades killed Zyskowski in Texas and dumped his body there but kept Walsh about a week longer. Rhoades then continued along I-10, eventually turning north into Utah.

He allegedly killed Walsh in mid-January, shooting her repeatedly in the head and dumping her naked body on a hill about 400 yards east of Interstate 15, 22 miles south of Fillmore. Police found no evidence of sexual assault.

Rhoades then allegedly continued north to Clearfield, where he made a stop.

"It's something that should never have happened," Phillips says. "But that was then. This is now."

Walsh's brother, P. Adam Walsh, says he is conflicted about the death penalty but believes Rhoades deserves it.

For Walsh, however, "the ultimate retribution and the ultimate satisfaction" is not death - rather, it's bringing closure to other families who may have been victimized by Rhoades.