Mystery Of The Plaza Woman 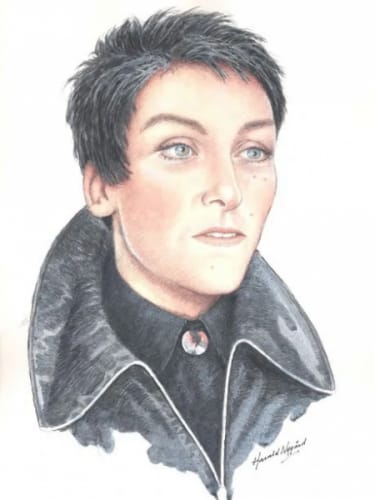 On June 3, 1995, In a room at the Oslo Plaza Hotel, a young, elegant woman is found dead, with a gunshot wound to the head. Why did she check-in under a false name? Why are the labels removed from her clothes? Why has no one reported her missing? After 22 years, her grave is re-opened. 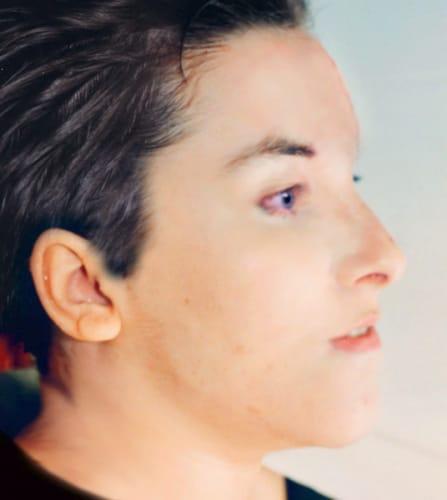 Listed her age as 21. It seemed an obvious suicide. “The lack of back spatter and the lack of powder residue, in this case, both on the weapon and the hands, is surprising,” says Dr. Karger. Shortly it became a nightmare for detectives.

Fake name, clothing labels removed, and nothing at all in the room to imply the young woman’s identity.

No passport, wallet, or keys. Not even toiletries or make-up – just an almost empty cologne bottle.

Why had the Plaza woman – as she was now being called – booked a room for two people if she was coming alone? Why was there no trace of her journey? Where did she obtain the illegal gun? Did she bring it with her to Norway, or did she get it here? If so, from whom? Why choose Oslo, if her only goal was to die? And why bring so much ammunition – 34 rounds – if she planned to kill only herself?

Jennifer Fergate was not sitting in her room preparing to die. She was away for almost an entire 24-hour period. The earlier time the door had been opened with the Plaza woman’s card was at 8:34 a.m. on Thursday. That means Jennifer Fergate left the room at some point between 8:34 a.m. and 12:44 p.m. and did not return until the next day, at 8:50 a.m. 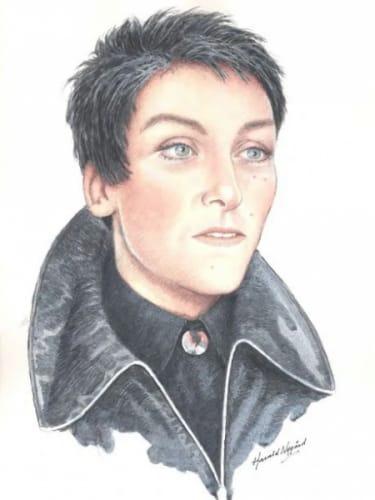 What? That means the room was empty for a minimum of 20 hours, and a maximum of 24. Where was she? Elsewhere in the hotel? If so she must have known someone after all. Was she wandering the streets of Oslo for a whole day and night? Could she have been with someone at another place in Oslo, or in another city? That would mean she knew someone in Norway or had reason to meet someone.

On Friday at 8:06 p.m., Jennifer Fergate orders food from the hotel’s room service. At 8:23 p.m. the food is delivered. Kristin Andersen, who brings the food, notices how tidy the room is. It looks untouched, as does the bed.

Police had a variety of theories: * Could the Plaza woman be part of a major drug operation where something went wrong so that she either had to kill herself or be murdered by others? * Did she work for a secret intelligence service? Was that why she had removed all identity clues? * Was she a professional assassin who had come to Norway to kill someone? * Was she a high-end prostitute who operated in fine hotels? * Was she just a depressed woman who came to Oslo to kill herself? * The Plaza woman was even checked out in connection with an obvious mafia case in Italy. But the reply from the Italian police was negative; she was not mafia boss Leoluca Bagarella’s missing wife.

She had no handbag. No glasses, house keys, car keys, sunglasses. Nothing to read, and no handkerchief or lipstick.

The pictures of the deceased show a pretty, elegant young woman, carefully made up. She was someone concerned with her looks, clothes, and style.

Why no toiletries bag? No makeup? The postmortem pictures show clean, attractive teeth, but there was no toothbrush in the room.

The only personal effect found in the hotel room was a cologne bottle on the small table by the window. But it contains a men’s scent, Ungaro Pour L’Homme 1, described as "powerful and masculine", which all the same does not prevent a woman’s using it. Most also say it would be natural to have another pair of shoes.

Of course, anyone can forget something when packing for a trip, but this is striking. Does Jennifer have four jackets, one blouse, one sweater, and four bras, but only one pair of silky shorts and no trousers and or a skirt?

And could all this fit into the little turquoise travel bag?

No, something is missing: not only clothing items but something to carry them in.

The problem is that so few witnesses saw Jennifer Fergate.

Vigdis Valø, 52, of Rørvik, Norway, was a room steward at the Plaza, credible for cleaning on the 28th floor. On Thursday 1 June, the day after the Plaza woman’s check-in, Valø cleaned room 2805 with a young co-worker in training. The room was empty as the two cleaned.

"The girl I had with me did the bath while I took the room," explains Valø. "I was done a little before her, and while I waited I saw a pair of shoes under the baggage shelf."

That is of interest because when the Plaza woman was found dead in the same room two days later, she was wearing a pair of black Italian shoes, and no other shoes were in the room.

If Jennifer was out of the room as it was being cleaned on Thursday, she must either have left the room barefoot or had another pair of shoes at that time. So one pair of shoes, it seems, was missing when she died.

A retired Policeman Storm Olsen has not been able to forget about her. "She was a beautiful lady. Why did she come to Oslo and check into the Plaza? Was there something else she had in mind doing? We looked into many groups and social backgrounds but found nothing. We thought maybe it was a drug case, or that she was supposed to carry out a mission for someone. Lots of police units were involved. If she was sent to murder someone, who was it? We searched but never found any answers."

The luxury hotel in Oslo used key cards in 1995. When Jennifer Fergate was found dead, the door was double-locked from the inside. With the Plaza’s locking system, guests could turn the inside door handle up and down to make sure the door was locked at night. The same method would work from the outside if you inserted the key card before lifting the door handle, but not everyone knew that.

What is the oddest thing about it?

"That she went to such lengths to not be identified. That is very unusual. She must have been in a desperate circumstance, but it’s hard to say why because we don’t know who she was. There may well have been something criminal about it," he says.

Help the police and VG solve the mystery. The evidence photos and the story.