Shirree Ann Turner, 22, was fatally stabbed at an Oaklands Park reserve in the early hours of Sunday, June 6, 1993. 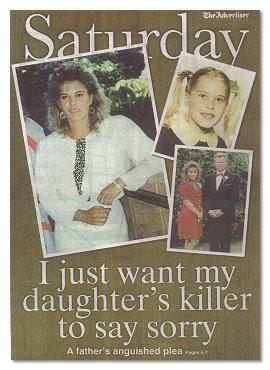 The friends went off to dance, leaving Shirree holding their handbags. When they returned, she was gone. Witnesses told detectives she had been in Hindley St and Rundle Mall until 3.10 am on Sunday, June 6.

At 7.50 am her body, was found at the front door of a house in Minchinbury Tce, Marion.

Investigators think that after being stabbed, Shirree dragged herself to the house in search of help. 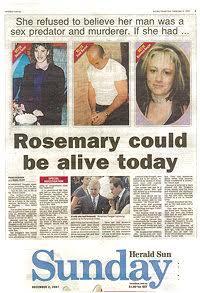 Police inquiries continued for some time but stalled – despite the State Government offering a reward of $100,00 for information.

In September 1995 an informant contacted police and provided information that nominated 26-year old career criminal Frank Mercuri, as the man who killed Shirree.

The informer said Mercuri had returned to a unit near the murder scene and told two friends he had stabbed a girl after becoming involved in a fight with another man.

In October 1995 an arrest warrant for the killing was taken out against Mercuri, who was serving a jail sentence in Victoria. At his Supreme Court trial in March 1998, the two witnesses’ proof did not support the prosecution case.

On March 17, 1998, Mercuri was acquitted of murdering Shirree Turner.

Many days later it was revealed Mercuri was serving a four-year jail sentence for the attempted rape and stabbing of a woman in Melbourne. In that case, Mercuri picked up a woman on New Year’s Eve in 1994, took her back to his hotel room, where he attempted to rape her and stabbed her in the chest. This was not mentioned at the trial of Shirrees murder.

In September 1998, Ken turner (shares father) lodged a civil claim against Mercuri for wrongful death. In October 1999, on the day the civil trial was to start, Ken Turner dropped his action.

Many years later Frank Mercuri after moving interstate, killed his defacto partner, 36-year-old, Rosemary Deagan after she filed an intervention order against him.

A coroner found Mercuri shot Ms. Deagan dead in the kitchen when she returned to the Delahey house the couple once shared to collect clothes.

He then drove to Dandenong where he shot himself in the head. 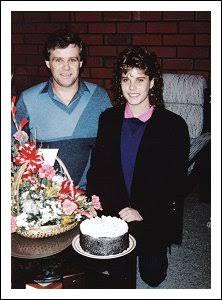 The case influenced the South Australian government to overturn the principle of double jeopardy so that suspects could be charged and tried for the same offense a second time.