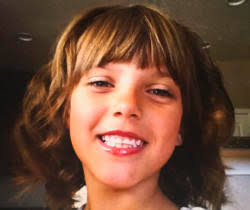 On August 24, 2016, the burning the corpse of ten-year-old Victoria Martens was found in an apartment building in Albuquerque. After responding to the 9-1-1 call from neighbors, who reported a domestic disturbance/fight next door, police arrived at the second-story apartment building where they saw smoke coming from behind the closed bathroom door. Upon opening the door, the responding officials found the body of Victoria Martens rolled in a burning blanket. 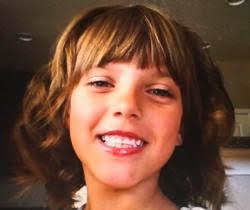 Victoria’s limbs had been dismembered with a knife, and her remains strewn about in trash bags. Detectives also found some of her organs inside a laundry hamper in the living room. Smoke sensors were removed and she was wrapped in plastic and a sheet before being set on fire. A post-mortem revealed she had been sexually attacked, strangled to death, and then stabbed, dismembered, and set on fire.

The victim's mother, 35-year-old Michelle Martens; her boyfriend, 31-year-old Fabian Gonzales; and Gonzales' cousin, 31-year-old Jessica Kelley, (mugshots) were imprisoned and indicted on many charges, including intentional abuse of a child, aggravated criminal sexual penetration, murder, and tampering with proof. 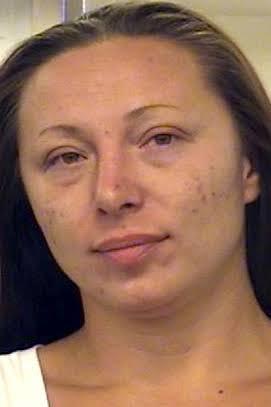 Michelle Martens first rejected involvement, but later confessed that that on the night of the murder, the young girl was held down and given meth and alcohol so Gonzales and Kelley could rape her while Martens watched for pleasure. She then continued to watch as Gonzales strangled the young girl, and Kelley stabbed her. Gonzales also acknowledged to investigators that he had sexual intercourse with Victoria "shortly after the child was deceased." “I think I hurt the little girl,” he said, according to the transcripts, adding, “She was screaming.” A post-mortem report showed Victoria had human papillomavirus (HPV) at the time of her death, indicating she had suffered sexual abuse in the months before her death.

How the police and media had been reporting it for example.

ALBUQUERQUE, New Mexico — Transcripts of police interviews with Michelle Martens, the mother of the 10-year-old New Mexico girl who was brutally raped and killed in August, reveal that she told investigators different stories before allegedly admitting she did nothing as her daughter was tortured by her boyfriend and his cousin, even as the child begged them to stop.

Martens initially told police that she and her boyfriend, Fabian Gonzales, were attacked in the middle of the night by his cousin, Jessica Kelley, according to KRQE News, which was among the stations that released the interview details Friday, October 7th.

Martens said she managed to escape and was running to get help when Kelly yelled that her daughter, Victoria Martens, was dead.

But her story changed during questioning. In a second version, she allegedly stated that she had left Victoria at home with Gonzales and Kelley, who is a convicted rapist, according to the station.

Martens said Victoria died after taking some methamphetamine that had been left out on a table, and that Gonzales and Kelly had tried to dispose of the child’s body, the transcripts showed.

The pair also threatened to kill her, she claimed. 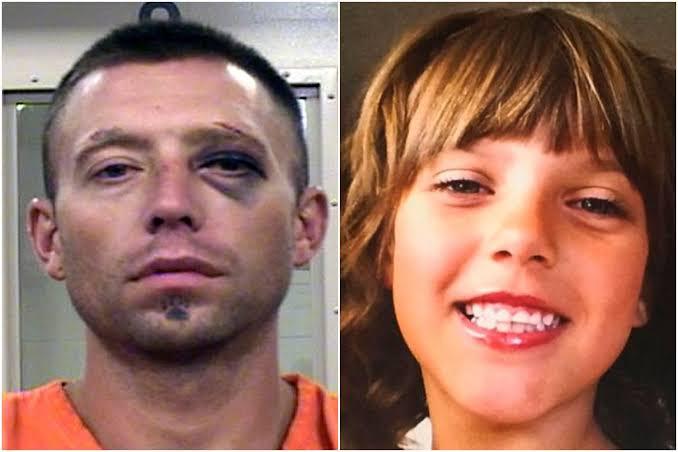 “That if I say anything, I’m going to be the next one,” Martens said.

Martens allegedly told detectives that her daughter asked them to stop while she looked on and did nothing.

“I let them do it,” Martens said, according to the transcripts.

She then told detectives that, “Jessica was stabbing her,” and that she and her cousins started “cutting [Victoria’s] arms.”

After Victoria was murdered, the three “acted like nothing ever occurred,” Martens told police.

She had sex with Gonzales just 20 minutes after he allegedly raped and killed Victoria. The three also cleaned up and made dinner, KRQE reported.

The police transcripts also indicated chilling and disturbing details about the final month of the child’s short life.

Martens said that the pair had sexually assaulted Victoria three times in the days before they allegedly strangled and stabbed her to death and that she suspected her boyfriend had perpetrated the sexual abuse of the young girl for about a month, KRQE

Martens has been charged with abducting and child abuse resulting in death. Gonzales faces the same charges as well as child rape.

After months of silence in one of Albuquerque’s most disturbing homicide cases, the district attorney announced Friday that much of what has been reported about the violent rape and murder of 10-year-old Victoria Martens is “simply not true.”

DA Raúl Torrez said Victoria’s mother, Michelle Martens, 36, gave false admissions to police about what occurred that night, and the public’s understanding of the case was “derived approximately exclusively” from those statements.

Neither her boyfriend, Fabian Gonzales, 33, was at home at the time of Victoria’s August 2016 rape and slaying.

But Torrez said Gonzales’ cousin Jessica Kelley was, and so was at least one other person – a man who has not yet been identified.

In light of those findings – and after nearly two years in custody – Martens pleaded guilty early Friday afternoon to child abuse resulting in her daughter’s death, and prosecutors dismissed the most obvious charges against Gonzales, including murder and rape. And the state has filed a John Doe indictment against the unknown fourth person.

Torrez announced that at least one DNA profile belonging to an unknown man was found on Victoria’s body. Based on that, Torrez’s office has filed a fourth indictment, charging John Doe with murder, rape, child abuse, and many other charges.

The new evidence that came to light has not changed Kelley’s case, and she remains charged with murder. Her trial is set for early next year. Her attorney could not be reached for comment Friday afternoon.

The postmortem shows Victoria had no meth or alcohol in her system, contrary to her mom’s confession. There is no evidence that Michelle knowingly let Victoria be raped on that day or at any other time. So Martens had been lying about the fact she ever abused Victoria or let anyone else abuse Victoria. Neither she nor Fabian Gonzales was even at the house when Victoria was raped and killed.

Michael Welner, a forensic psychiatrist who worked with the District Attorney’s Office on the case, said a mixture of Martens’ passive and naive personality, the way officers presented themselves as on her side and the context of her daughter’s recent death, led to her admitting to having witnessed the crime. He said she did not realize she was also involving herself.

“In the course of interviewing her about specifics and going over details, the officers in the questioning revealed certain details within the case that Michelle later incorporated into her story,” Welner said in an interview. “Incorporating them into her story gave the impression of some legitimacy of what she was saying.”

District Attorney Raul Torrez told in a news conference Friday the state doesn’t have any evidence Martens was trafficking her daughter for sex. He said the STD found in Victoria’s body during a postmortem originated from a sexual assault that Martens had reported to authorities.

“She took sudden steps to identify and notify the related law enforcement officials and as far as we know severed contact with that person,” he said.

Fabian Gonzales and Michelle left Victoria at the apartment to buy marijuana from his brother. While Jessica Kelley was babysitting Victoria, an unidentified male entered the house, raped and murdered Victoria (the John Doe whose DNA was left at the scene). This man is suspected by police to be a rival gang member of Gonzales.

Martens and Gonzales returned to the house. Kelley and Gonzales had a private conversation where Kelley told Gonzales that Victoria was dead. They decided to conceal the homicide, clean up the crime scene and bury Victoria’s body. Gonzales distracted Martens by having her cook dinner and then ‘put her to bed.’ 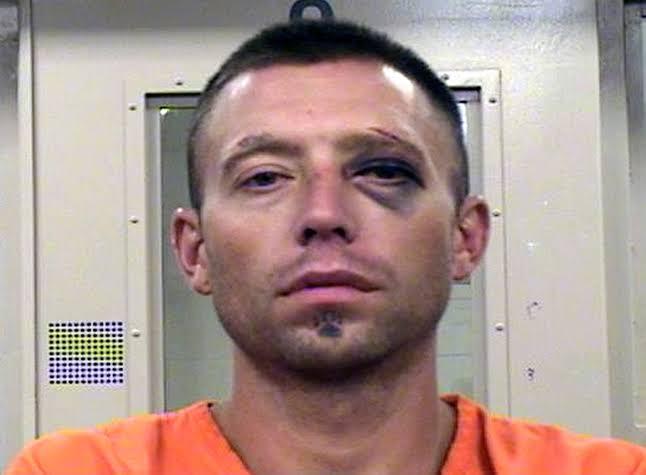 In Jan 2019, Jessica Kelley pleaded no contest to child abuse recklessly caused resulting in death, tampering with evidence, and aggravated assault (the assault charge was for assaulting Michelle Martens and Fabian Gonzales after Victoria’s death). The plea agreement is similar to one Judge Brown rejected last September, which was a guilty plea. Although the District Attorney’s Office and Kelley’s defense attorneys had agreed to that guilty plea deal at the time, Judge Brown said they had not presented enough proof that Kelley was guilty of child abuse, because she could not have known that the man would come to do that to Victoria. I agree with the judge that the child abuse charge is iffy, but she dismembering and burning Victoria’s body.

Victoria’s mother, Michelle Martens, pleaded guilty to child abuse recklessly caused resulting in death over the summer, and she faces between 12 and 15 years in prison. I am torn about this. Yes, she left her daughter with a methhead (Jessica Kelley) while she went to get weed with Gonzales, but she couldn’t have known that some gang member would come and rape and kill her daughter in that timeframe. I think the police fucked up awfully in this inquiry.

Fabian Gonzales is being also accused of reckless child abuse resulting in death and tampering with evidence. He’s the only one out of the three that will be going to trial.

Gonzales’ attorney Stephen Aarons has argued that the child abuse charge against his client should be dismissed because there was no way Gonzales could have known that threats he texted to “gang members” would result in the strangling death of the daughter of his girlfriend.

All else aside, Victoria’s killer is still out there. That's the main question. But others remain. I still don’t get the picture - Once they (Kelley, Gonzales) knew Victoria died, why didn’t they call the police? Perhaps because they had run-ins with the law and didn’t want police awareness on them? But holy shit the kid was dead, this is not some petty shit like someone stole their bicycle.

Why did Michelle first refuted involvement but then make a false confession? How did she come up with those awful details in the first place? How can someone be THAT susceptible to police pressure that she’d wrongly admit to feeding her daughter meth and being sexually aroused by her daughter’s rape and murder…

An expert psychologist commented that Martens is slightly below-average intelligence and very eager to please and do what people want. There were talks of police incompetence since the start of the cause and it seems there was a lot of manipulation and shadiness on their part. Could they have coerced the confessions to that importance? It's baffling to me.