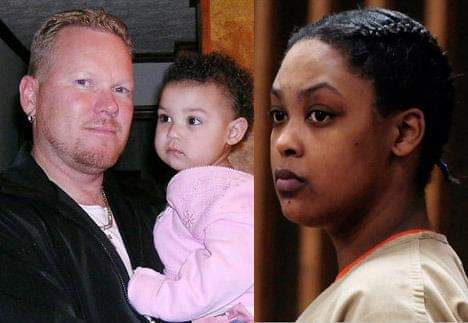 Early on the morning of November 10, 2009, police were called to the Sleepy Hollow mobile home park in Fayetteville, North Carolina. A woman had called to report her 5-year-old daughter missing.

24-year-old Antoinette Nicole Davis informed police that she last saw her daughter, 5-year-old Shaniya Davis, about an hour earlier. Antoinette's boyfriend, sister, 7-year-old son, and infant niece were all at the house and they all say that none of them had seen Shaniya leave.

Police knew something was very wrong and they rapidly issued an Amber Alert. They found Shaniya's blanket covered in feces inside a neighbor's trash can. Police said from the very beginning that they doubted foul play. Records from the North Carolina Department of Social Services indicated that the family had a long history with Child Protective Services. Over and over again DSS had to interrogate custody disputes, drug addiction, and other family problems.

Earlier that summer, police had served a search warrant at the house and found a plethora of illegal drugs. The same day that Shaniya was reported missing the local health department criticized the mobile home due to a huge sewage leak.

At first, police had zeroed in on the mother's boyfriend, charging him for first-degree kidnapping. He had been seen driving away from the mobile home park around the time of Shaniya's disappearance. His alibi later checked out, and the charges were dropped.

Later that morning, police caught a break. An employee at a hotel 30 miles north in Sanford, North Carolina saw a man walking in carrying a child that matched Shaniya's description. The employee called the police, but the man left with the girl before the police got there. They were able to recognize the man as 29-year-old Mario Andretti McNeill, a local drug dealer who had a serious criminal history.

Police launched an all-out manhunt for Mario McNeill, and three days later on November 13, he turned himself in. Police spent six hours grilling him on Shaniya's whereabouts. They alternated from accusing him of killing to begging him for information on her safety and location.

During his inquiry, Mario McNeill dropped a bombshell: Antoinette had been prostituting 5-year-old Shaniya for drug money. Antoinette owed Mario $200, and he wished to be paid in money or sex. Antoinette handed over Shaniya, and Mario took her to the hotel to rape her. He claimed he stopped there and raped her on the way to Antoinette's relatives' house, where he eventually dropped her off. Police already knew that wasn't even close to being true.

Investigators then shortly arrested Antoinette and charged her with child prostitution. At this point, they guessed she might still be alive and they held out hope that either one of the suspects might finally tell them where Shaniya was.

Police continued searching for Shaniya and unfortunately, the search didn't produce the happy ending that everyone was hoping for. During an investigation, a few police officers from the Virgin Islands who had traveled to North Carolina for canine training and had volunteered to assist in the search found her body. She was wearing nothing but a t-shirt, and it was obvious she had been killed.

Her body had been discarded in a field 24 miles north of the mobile home park Shaniya lived in off of the same state highway. The hotel where she was sighted was another 6 miles down the road.

At that point, both Mario McNeill and Antoinette Davis were accused of first-degree murder, abduction, and a slew of sex-related charges. After Shaniya's body was found, Antoinette cried while saying to investigators, "I gave her to him to cover $200. He was only allowed to have sex."

The postmortem determined that Shaniya had been suffocated and had suffered a long, agonizing death. Her wounds indicated long-term sexual abuse. She had been used as a sex slave to funding her mother's drug habit.

Shaniya was born out of a brief relationship between Antoinette and Shaniya's father. Antoinette raised Shaniya for the first year of her life but then gave her back to the father because she felt he'd be better suited to raise her. He would always work out an arrangement so that Antoinette could see Shaniya whenever she wanted.

The father last saw Shaniya on October 2, 2009. He worked as a contractor and had been appointed to a job out of state. Initially, the father's sister cared for Shaniya. A week later, the sister dropped Shaniya off with Antoinette.

While the father accepted a lot of sympathy from the media, he also faced severe criticism, as to why he would allow a drug addict to care for Shaniya. On the Today Show, he said,

We make decisions in life that sometimes have repercussions or adverse problems that drift from our decision. We just have to continue to believe in God and hope that our decisions are the correct ones.

I don't think I missed any signs. Of course, there's always an assumption. There are always things you could look at and say, well maybe, maybe not

On May 23, 2013, Mario McNeill was found guilty of first-degree murder, sexual assault of a child, abduction, sexual servitude, human trafficking, and indecent liberties with a child. The jury deliberated just 40 minutes before unanimously convicting him to death.

After handing down the sentence of death, Judge Jim Ammons ended his remarks by saying, "You did not have to murder that child. Take him out of here," to which McNeill replied, "I didn't."

Antoinette Davis was sentenced to 17 1/2 to 21 years and 9 months in jail. She is now serving her sentence at Anson Correctional Institution in Polkton, North Carolina, and is scheduled to be released on May 8, 2027.