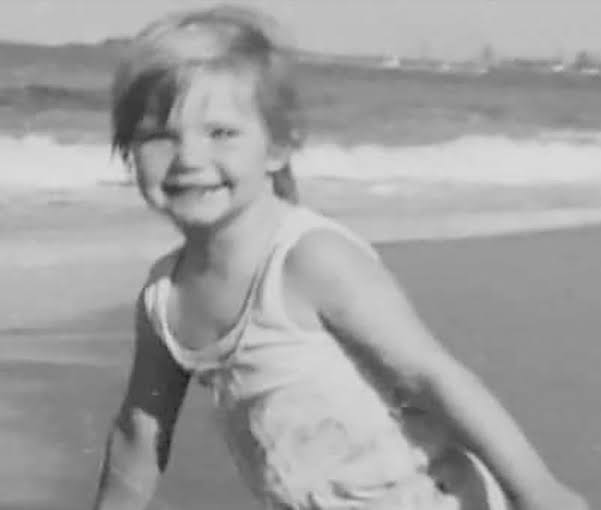 Cheryl Gene Grimmer was kidnaped from the shower block of a New South Wales Beach on 12 January 1970. Cheryl's remains have never been found, however, she was declared legally dead in 2011. Her killer has (almost) never been found. 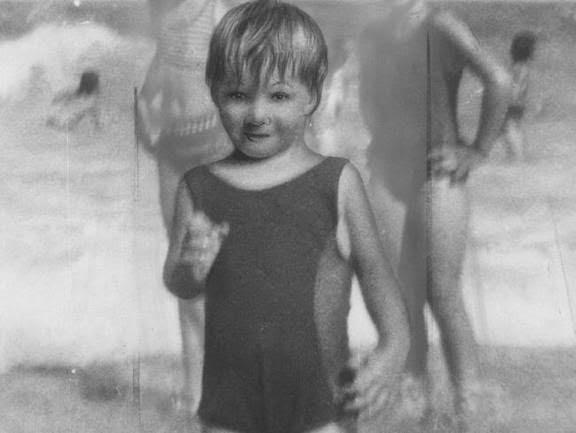 Cheryl was born in 1966 in Bristol, UK, to parents Carole and Vince, they were 26 and 24 in 1970. The family migrated to Australia in 1968 with their four children. At the time of Cheryl's disappearance their ages were: 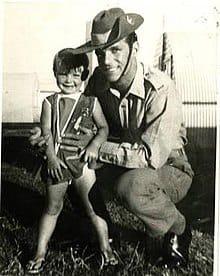 On 12 January 1970, the whole family went to the beach at Fairy Meadow, a suburb of Wollongong in New South Wales. Vince was skipping because he was away working for the Australian Army as a sapper.

When the family decided to leave at around 1:30 pm, the children went to the shower block together while Carole packed up their belongings. While she was doing so, Ricki returned to tell his mother that Cheryl was denying to leave the shower block. This was after about ten minutes. Carole followed Ricki back to the shower block to collect Cheryl, and couldn't find her. Lifeguards became active in the search and, because there was no phone nearby, Carole went to a nearby house and asked them to call the police.

Many witnesses soon came forward and claimed that they'd seen a man holding Cheryl up so she could drink from a water fountain. The man then rolled her in a towel and ran off with her in his arms. However, Ricki had picked Cheryl up himself to help her have a drink, and so it was thought that the witnesses were mistaken. Other witnesses also claimed to see Cheryl in a white car.

Cheryl's disappearance sparked a massive manhunt and search for the missing toddler. Within a day, the New South Wales Police  declared that they had four theories:

She was hiding and had fallen asleep somewhere.

She had walked into the ocean and drowned.

She had fallen into some other waterway.

It wasn't long before police dismissed the first three possibilities and began pursuing other leads, including interrogating a blue Volkswagen Type 2 van that had been spotted in the region. It was soon obvious that police firmly believed she had been kidnaped.

On day three of the investigation, police received a ransom note which declared that Cheryl was unharmed and demanding $10,000.

Police disguised themselves as council workers and arranged the ransom drop in the Wollongong suburb of Bulli, but nobody showed up. Police originally worried that the abductor had been spooked by their existence. The person who wrote the note never contacted the police again and, in the end, it was concluded that it had all been a hoax.

Although the police had three main suspects, none could be positively recognized as the man witnesses reported seeing.

In 1971, eighteen months after Cheryl's disappearance, a local teenager (aged 15-16) admitted to kidnapping and killing her. He gave an overview of what happened that day, how he restrained and killed Cheryl, and telling them about a property where there was a cattle guard, a tubular gate, and a pathway leading over a creek.

The suspect took them to the corner of Brokers and Balgownie roads and showed them where he thought her body could be found.  He was unsure because the region had undergone residential development since.

Police quizzed the owner of the property, who contradicted the suspect's description of what the property looked like at the time, including the cattle guard, the gate, and the pathway. These inconsistencies led police to think it was a false confession and he was released.

Despite many appeals and a $5000 reward offered by the New South Wales government, there were no developments in the investigation and the case went cold.

I can't find a date, but in the 2000s the New South Wales Police Minister Michael Gallagher spoke of the chance that both Cheryl and her kidnapper are dead,  but he also acknowledged the possibility that she may still be alive, encouraging anyone who thought they may be Cheryl to come forward.  One of Cheryl's unique physical characteristics was a belly button that protruded one centimeter due to a medical condition.

In 2008 a woman who thought that she might be Cheryl submitted DNA, but it was not a match.

In May 2011, a coroner formally ruled that Cheryl had died shortly after going missing. The coroner also suggested that police reopen the investigation. Police posted a $100,000 reward for information regarding Cheryl's disappearance.

At this time, and maybe until the day she died, Carole Grimmer thought that her daughter was still alive.

Carole Grimmer died in 2014, aged 70, and again I sincerely hope she rests in peace.

In 2016, police reviewed all documentation relating to Cheryl's disappearance, and all evidence was digitized,  including witness statements, for the first time.

This review lead to police uncovering many new leads, and also revealed information that had not been pursued thoroughly in the original inquiry. This was particularly the case with the 1971 confession of the teenage boy.

Returning to the place the teen told them he'd dumped Cheryl's body, police quizzed the owner's son, who contradicted his father, stating that the cattle guard was "certainly" there at the time and that he also remembered a tubular gate and a track leading over the creek.

At the end of 2016, police announced that three witnesses had come forward and recalled a teenager loitering around the shower blocks. Many witnesses reported seeing a teenage boy around 180cm tall, with fair skin, of a medium build, with brown hair and blue eyes, who was "loitering" around the surf club pavilion. This information was never found in the initial inquiry.

Police announced that they had a credible lead on a man who was seen carrying a child at the time of Cheryl's disappearance, stating that he would be in his 60s by now and urging him to come forward.

In January 2017, police concentrated their attention on the Mount Penang Training School for Boys, where it was thought the suspect attended in the early 1970s. The new line of inquiry indicated that someone had given them information that former staff or inhabitants might be able to help with the inquiry.

On 22 March 2017,  a man was arrested in  Frankston, Melbourne, Victoria, and was being extradited to New South Wales. He was charged with Cheryl's kidnapping and murder at Wollongong Police Station and was held at the Silverwater Correctional Complex in Sydney.

Police declared that Cheryl likely died within one hour of being kidnaped and that it is unlikely her body would ever be found because the once rural area was now highly developed.

In April 2017, New South Wales police declared that they were trying to trace a family who gave a witness statement on the day of the kidnapping. The family had moved to Papua New Guinea and then to Nottinghamshire soon after Cheryl's kidnapping. With assistance from Interpol, they were located, and their testimonies were expected to be crucial in the proceedings.

Possibly not to anyone's surprise here, police announced in May that the man they had in custody was the same person who'd admitted to Cheryl's murder in 1971. Now a 63-year-old man, he was born in Britain and had been in Australia since the late 1960s. He has never been named, as he was a minor at the time of the kidnapping.

Allegedly, the suspect had told doctors a year before the crime that he had urged "to kill himself and kill other people". This had not been looked into when he confessed in 1971.

In his original statement, the suspect had said that, after the kidnapping, he had gagged Cheryl with a handkerchief and tied her hands behind her back with a shoelace, then hidden with her in a nearby drain for around half an hour.   After emerging from the drain, he took her three kilometers by foot to Balgownie, where he intended to sexually assault her. In court in 2017, the accused denied having ever said that, calling it "bullshit".

He'd also told police Cheryl had started to cry when the handkerchief was removed and, in an attempt to silence her, he strangled her to death. The accused had said he'd panicked, took off her clothes, and placed "bushes and dirt" over the body. Then he went back to the beach.

The confession also included information that he wouldn't have known unless he'd seen Cheryl that day, at the very least.

The suspect was due to stand before the court in May 2017, but a key piece of proof was deemed inadmissible by the judge. It is unclear to me what this evidence was. The prosecution dropped the charges against him in February 2017.

This case sent shockwaves through New South Wales and Australia as a whole and remains one of our most notorious and devastating mysteries to this day. In the 1970s, the case became so well known that the Grimmer family relocated back to England for ten years afterward to escape notoriety.

As mentioned, Carole and Vince Grimmer both passed away without knowing what occurred to their daughter.

Cheryl's brother Ricki, who left her at the shower block to obtain his mother, has been affected his whole life by his sister's disappearance. When asked by reporters if he's ever forgiven himself (what a shitty question to ask someone) he answered, "Never, ever. I never will. Everybody says, 'It wasn't your fault' but come and stand where I am standing and see what it feels like." Ricki was never quizzed by police at the time of his little sister's kidnapping.