Glen Stewart Vanishes Without A Trace 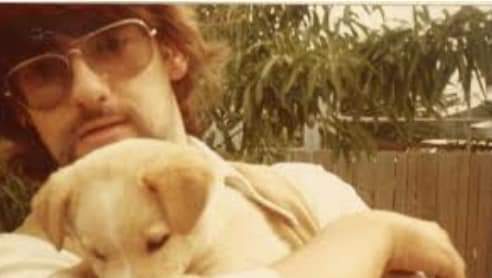 He left the party alone at about 1.00 a.m. the following morning in a dark green 1965 Morris Mini Cooper “S” with a white top, SA registration 577-394. Patrons at the party were concerned that he was intoxicated and neither Stewart nor the vehicle have been seen since. He was 21 years of age at the time. 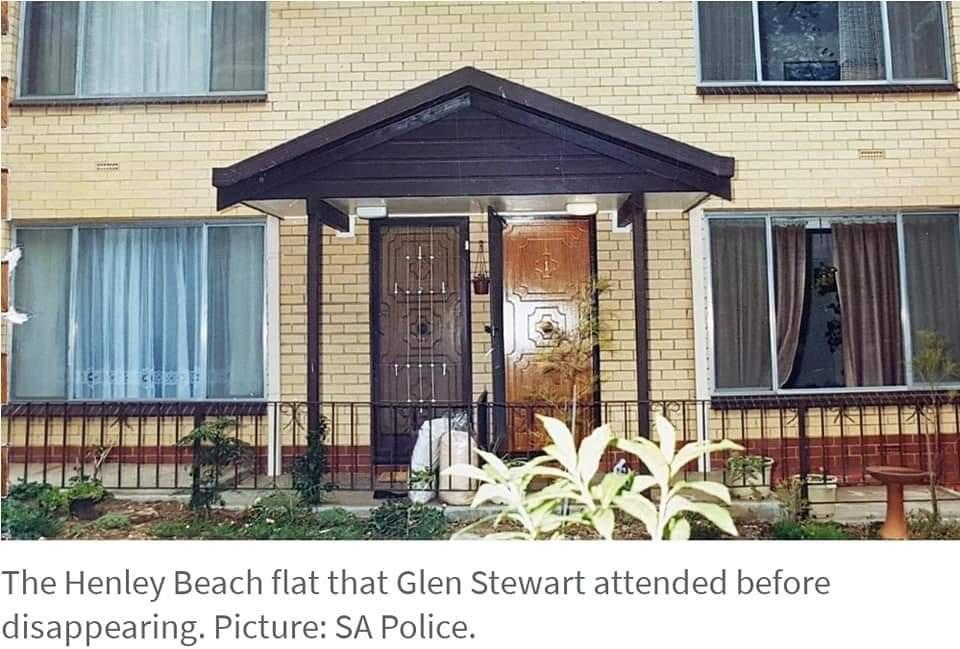 His room at his flat at 51 Devitt Street, Payneham was checked the next day by his parents and an unopened pay packet was on the dressing table and his constant and inseparable companion, his dog, a Labrador named Kara, was left at home, which was unusual.

His parents were alerted to Glen's absence when they received a call from Glen's boss asking why he never showed up to work the next day for 7 stars. 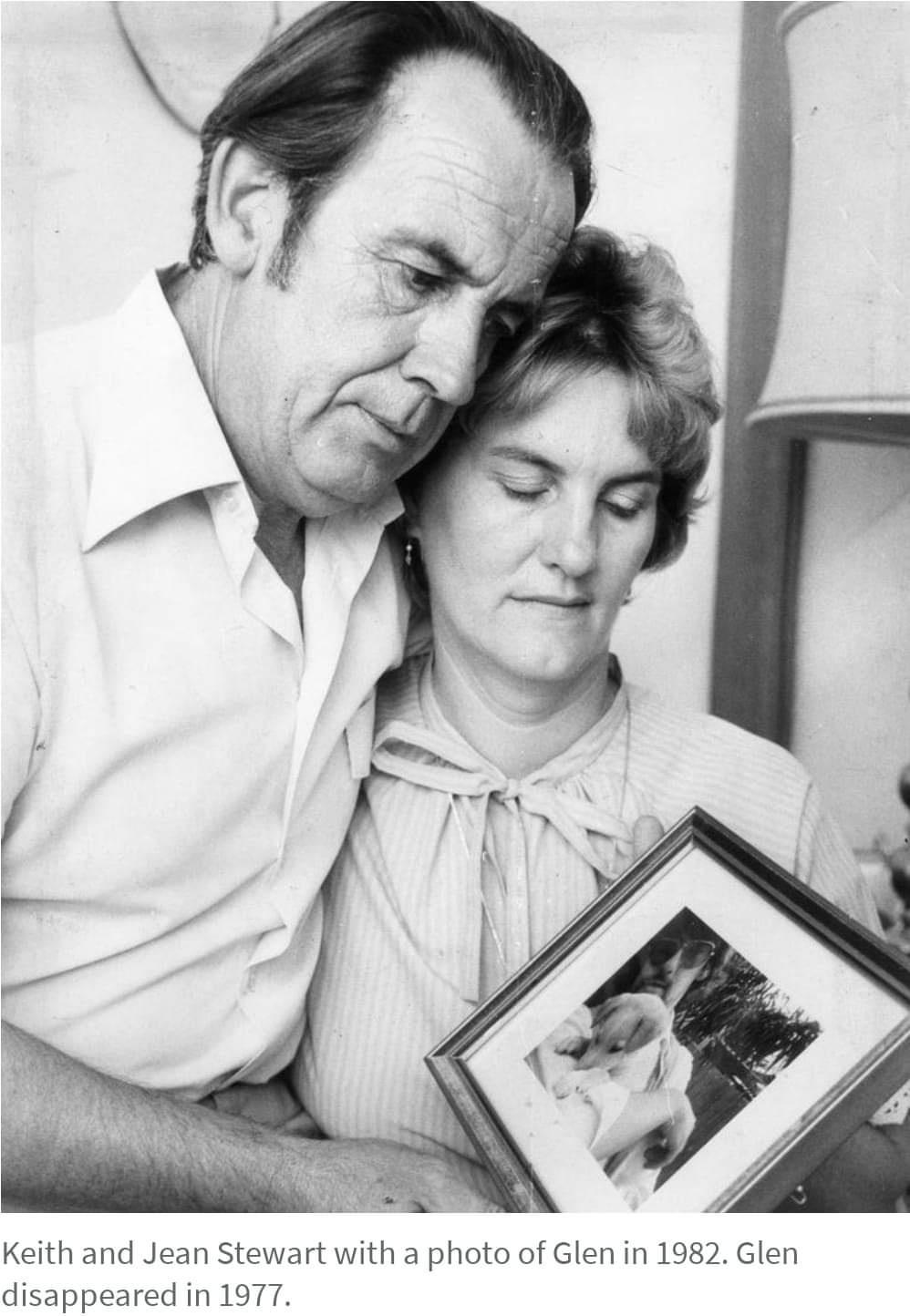 Glen was also a member of a religious group known as SUBUD.

Glen was a trainee nurse who was working at the then Home for Incurables — now the Julia Farr Centre —.

Driving a distinctive Mini Cooper She had borrowed, he was last seen driving south on Seaview Rd after saying goodnight to a mate and telling him he planned to buy cigarettes on his way home.

Neither Glen — and somewhat strangely — the green and white Mini Cooper S with the registration number 577 394, have been seen since. 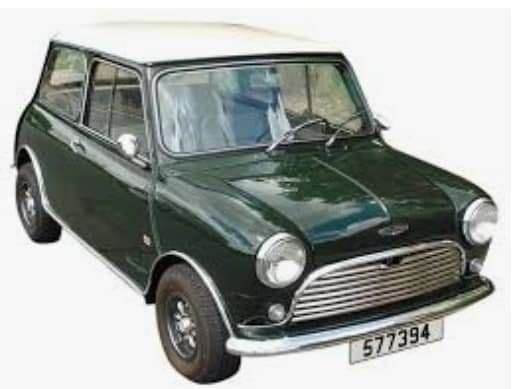 While his disappearance was initially treated as a missing person inquiry, it was later declared a major crime when it became clear he had most likely been murdered. 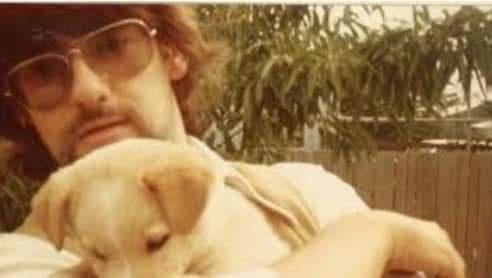 While there is a complete absence of leads to follow, detectives do know Glen did not leave the Henley Beach party under duress.

A police patrol was among the last to see him alive.

The patrol had stopped next to Glen and his flatmate and asked them if they had seen “three larrikins’’ in the area who were breaking windows.

While no names were taken, the patrol was tracked down and the officers spoken to.

They confirmed it but made no notes of the interaction because it was unremarkable.

“His friend did not think he should be driving because of how much he had to drink, that’s why he had walked out with Glen,’’ Detective Bvt Sgt Schaefer said.

“They were at the car when the patrol approached, spoken to and the patrol left.’’

Detectives have interviewed the woman who owned the party flat but nothing out of the common happened there.

Likewise, Glen’s flatmate who he met there can shed no light on the mystery.

Neither is thought to be linked to his disappearance.

Glen’s sisters Bev and Kate believe the key to solving the mystery may lie in Glen’s trip home that morning. He may have driven home via the city, stopping at Adelaide University to buy cigarettes.

He told a friend at the party he was out of cigarettes and in the absence of open shops at that hour, his best bet would have been the cigarette machine he was familiar with.

Extensive inquiries have been conducted by police in all States, overseas, and through Interpol, and have failed to reveal any trace of Stewart or his vehicle.

Glen has failed to make contact with family or friends, which is completely out of character for him, nor has he attempted to access any bank accounts, renew his driver's license, or utilize medicare.

At the time Glen was last seen, he was described as standing 179cm tall (5ft 10.5in) with a medium build, brown hair, brown eyes with a fair complexion. Glen was last seen wearing a beige short-sleeved shirt with an orange pattern on the hem and sleeves, blue jeans, and had a bag made from colored suede squares.