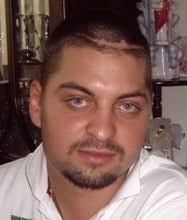 Do you know what happened to Sergio?

Twenty-four-year-old Sergio Andrade has not been heard from since having a phone conversation with his partner at 6.45 am on Monday, 22 September 2008 as he was traveling to work.

Sergio's truck was found later the same day in the Botany Bay National Park NSW. The vehicle was found locked and intact. Investigators have conducted a thorough search of the area with no sign of the missing man. 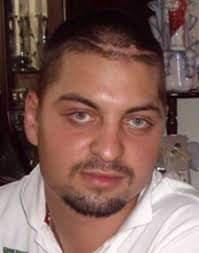 Sergio had a phone conversation with his partner at roughly 6:45 am on Monday, as he was traveling to work. He has not been seen or heard from since.

Sergio's truck, locked and intact, was located later the same day in the Botany Bay National Park. Although an extensive search was conducted by police of the area, there was no sign of Sergio or any of his belongings.

At the time of his disappearance, Sergio was described as standing 180cm tall with a medium build, brown hair and grey eyes with an olive complexion, and of European appearance.

At the time of his disappearance, Sergio had an ear-ring in his left ear, a goatee style beard, and a tattoo of a cross on his right upper arm. Sergio was wearing blue track pants, a light purple T-Shirt with blue sleeves, and a blue baseball cap.

Although Sergio does suffer from an existing medical condition he had taken medication on the day he disappeared.

There are concerns for Sergio's welfare, as his disappearance is completely out of character for him.

If you have any information which may assist the police, please contact Crime Stoppers on 1800 333 000