A Footballer who died due to his own goal 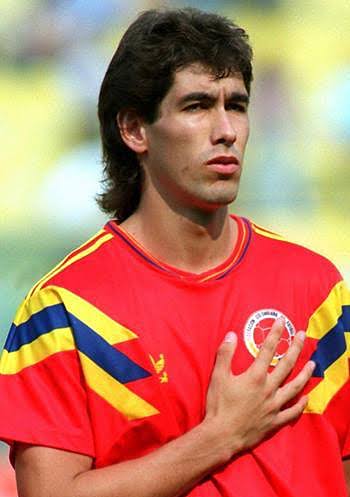 Andres Colombian footballer who died due to his own goal.

We often hear players play the sports as if their lives are at stake and there have been some people in the world who have been killed because of sports.

One of them is "Andres" who was a footballer.

This handsome young man lost his life at the age of only 27, because he accidentally scored against his own team.

Andres Escobar was part of Colombia's squad for the 1994 FIFA World Cup in the USA.

Colombia's second match was against their host team. And in the same match, Andres Escobar made a mistake which cost him his life.

During the match, US midfielder John Harkes kicked the ball into the net.

Andres Escobar Made a dive to stop him, but time was not with him that day. Instead of stopping the football due to a mistake of guessing, he went straight into his own net. As a result, the host team got a goal. The USA won the match by two goals to one. At the time, perhaps no one knew that Andres Escobar had lost his life because of this loss.

And that's after his team was knocked out of the World Cup.

When Andres Escobar was surrounded by armed men outside a restaurant, they argued for a while and then fired six shots into Andres Escobar's body. They fled the scene, leaving his bleeding body behind. He was taken to hospital but died 45 minutes later.

He was arrested the same night for killing that football player. He confessed to the murder and was sentenced to 43 years in prison.

Humberto Castro belonged to a powerful drug dealer and had worked as a driver for a man who lost a lot of money due to the mistake of Andres Escobar. His name was Santiago Gallon. And he spent a lot of money on the outcome of the match which was lost.

Humberto Castro was convicted in 1995. But this was the time when drug dealers were in fact ruling in Colombia. So the killer was released only eleven years later for good behavior. None of the others were convicted.

Andres Escobar' family appealed against the unjust decision, which was rejected.

One hundred and twenty thousand people attended the young footballer's funeral and later installed a statue of him in his hometown of Madeleine.

But what do you get from these things, it was a dark day in the history of football. A young footballer had to wash his hands of his life after losing a match.